They are ready for some days already, but I've only found the time to write this post now.
3 new C1 cars that is! The Sor BN12 bus, ED101's lost jet and the Reliant Robin from Hell :] 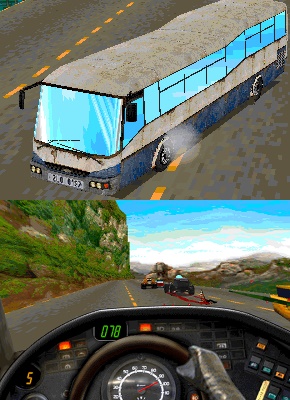 The Sor BN 12 bus was made by AdR for the game Fuel Of War, but this very version didn't make it into the game so I had first ported it to C2 and now it is ready for C1. Note that the original 9580~tris polycount has been reduced to 1643 triangles and that a custom cockpit awaits you in there (and is damn useful). 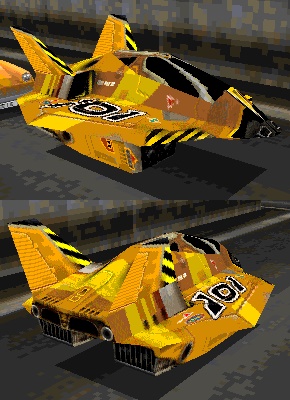 ED101's Jet is a car made by Stainless Games but didn't make it into the final version of the game. The model and the textures were still inside the resources of the game though. Even though several people tried to put it back in the game in the past, they weren't done correctly : none of them uses the original textures. This one does. And they are damn nice. This car might make the game crash now and then when the car is loaded as an opponent. 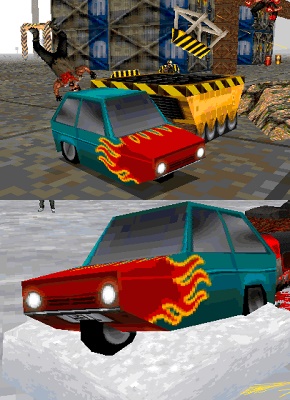 And finaly, another car made by Stainless, a Reliant Robin, however here I don't know wheter they had planned to make it a real driveable car or something, but anyway it ended at the icy bottom of the Hell track, stuck in a block of ice. I detached it and made it playable~

Everything can be downloaded at Road Reaction under the Carmageddon 1 section. Seeing how the page has got long, I think I'll soon make a frame per game.