These last years I started using Twitter to post stuff about Carmageddon, and most of the releases and detailed infos are still posted on the CWA board. But I guess I could still use this blog to rant about the happenings and maybe some personal thoughts..! I took a two month break from actual modding so far because I moved again, and because the CWA moved again. I'm still working on it, but this is what this post will be about...

With the new move, all Carmageddon-related subdomains were moved from toshiba-3.com to cwaboard.co.uk. This blog was moved under the RR2000 subdomain. Redirections have been set up. Depository websites (Joker, Mastro, Maxine, QTZ) have had their layout updated. The official Carmageddon Wiki was brought back too, with the mediawiki upgraded. I'll still have to update the new style at some point. The CWA was upgraded as well. Finally, I took the time to update the Carmageddon links list.

There is still so much to do though. As I've been discussing already a couple of years ago, the CWA has to be handled a bit differently content-wise and ofcourse, the theme must be finished. What's with the missing header uh. Forum-wise, I'd also still really like to be able to generate a phpBB db out of the dump I did of the Carma.com forums before it went down for good, and then import it into the CWA. Easier said than done..! Need to find a solid download database to attach to CWA to pose as a new Wasted!, we tried with Titania (the customization database for phpbb.com) but it was too tied to its main purpose (duh!). Finally it occured to me that we really needed a proper FAQ regarding the usual questions we keep answering again and again.
Besides the CWA, at some point we'll have to rebuild TheSprayShop, which is currently located at tss.cwaboard.co.uk. It's just a big dump really and not that useful in this state but most of it has been dumped. All in all, you get the idea: as the Carmageddon community is shrinking and some parts are disappearing with time, we're trying to create a core around the CWA and archive stuff. For the future... for YOUR future! 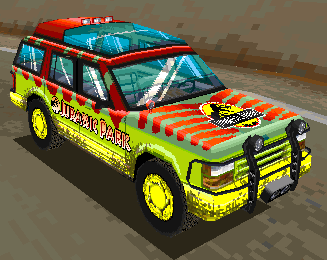 As for my modding business, I just want to finish the C1 port of Harm's Jurassic Explorer, port the Supastucka to C1, and then finish my old medieval chariot, the Auriga. After that I'll be done with cars for a moment I think. It's about time I get into level design, finishing the Junkyard and 1920s first, then trying to adapt de_dust2 to Carmageddon gameplay using only original assets.
I'll also do a lot of other Carma stuff on the side, trying to update the Gourmet Carmageddon and Barbecue Carmageddon 2 packs ofcourse (it's been years :| ), more C1 hacks, BRender templates for 010 editor, updating the infographic greatly, animating the biking ped, etc. 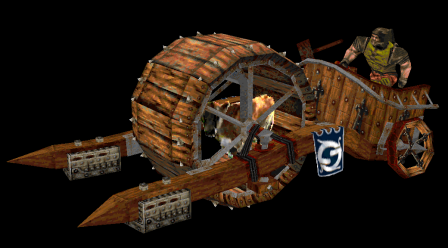